Back in 1938 the government of Mexico under El Presidente Lazaro Cardenas of the PNR party (National Revolutionary Party) nationalized the Mexican oil industry and since that time big oil companies such as Exxon-Mobile, BP, and Royal Dutch Shell have been prohibited from having any real investment stakes in Mexican oil production.  Petroleos Mexicanos simply known as PEMEX runs the show and it is the state-owned oil giant in Mexico. 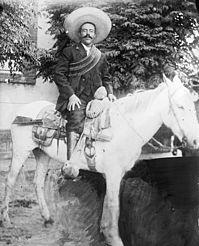 Experts in the oil industry are calling on Mexico to loosen up when it comes to oil and allow private companies to start investing in oil exploration and production.  What they are basically asking for is for the Mexican government to denationalize the oil industry and, frankly, the chances of that happening are about zero in my opinion.  Why do I believe this option has a zero chance?  Because of the gross corruption that exists within the Mexican government and the fear of corrupt officials being exposed.  Mexico is the third largest oil supplier to the US (after Saudi Arabia and Canada) and somebody in Mexico is making a lot of money off of Mexican oil.  And it is NOT the Mexican people!  Over half of the population of Mexico lives in gross poverty!  That in my opinion is disgusting!  Why are oil revenues not used for building the infrastructure that Mexico needs to raise the standard of living?  Any nation that wishes to improve the lives of their people must allow domestic and foreign investment.  So why doesn’t Mexico?  The answer is simple.  It is because the regime in Mexico does not wish to lift up the standard of living.  A basic premise of any good socialist state is to keep the people poor and stupid because once you start to educate the masses and raise their standard of living the potential for the masses exposing government and corporate corruption skyrocket.  And THAT is the problem in Mexico today and has been for a long while now!

PEMEX is one of the largest oil companies on the planet today.  It provides the Mexican government with 32% of its revenues.  Oil exploration requires big investments but such investments have been consistently resisted by lawmakers in Mexico.  Further, lawmakers have resisted giving PEMEX the money they need to find new sources of oil.  We know that Mexico has plenty more oil that can be tapped into but government resists exploration for some “odd” reason.  In fact, there is substantial oil in Mexico that has not been tapped into or developed and it all
traces back to lawmakers refusing to give money to PEMEX to do so.  Mexico has done some small things over the past few years such as allowing foreign companies to bid on contracts with PEMEX but that is not enough.  Further, international companies are NOT going to invest in Mexican oil if they can have no ownership in that investment.  So the solution is simple.  Mexico needs to denationalize its oil industry and allow for private ownership and free market competition.

In addition to lawmakers resisting such efforts they are also resisted by Mexico’s unionized oil field workers and government agencies that rely on PEMEX revenues.  Mexican consumers are also resistive to the idea of denationalization.  Politics plays a big role in Mexican oil and for many it is a very sensitive topic.  What it comes down to, however, is this.  If the Mexican people desire to raise their standard of living then foreign investment and ownership MUST be allowed.  Otherwise foreign investment is not going to happen and that means that the MAJORITY of people in Mexico will continue to live in squalor and abject poverty!

Don’t get me wrong.  I understand the paranoia many Mexicans have of countries like the US whose

corporations like to exploit foreign nations and their people.  That paranoia is certainly justified to an extent.  But what this all comes down to is the life of the average Mexican citizen.  Does he continue living in gross poverty or must his standard of living be raised?  Does Mexico continue down the same socialist track to disaster or does something change?

For many in Mexico the future is dark and bleak.  There is no opportunity.  There is no improvement in their standard of living.  There is, in short, no future for the masses and that is why many go to the US.  IF Mexico offered its people REAL opportunity and REAL futures then the illegal immigration problem into the US would not be so much a big factor or problem.  Mexicans would stay in Mexico because they’d have jobs in Mexico and futures.  But right now they DON’T and that is the problem!  And who is to blame for that. Primarily the Mexican government!

Socialism does NOT work!  Look at Europe and its “democratic socialism.”  Look at the economic mess that socialism has gotten Europe into.  Look at the Soviets and all the problems their form of socialism caused.  People in Russia got tired of the games and poverty and they ousted the Soviets finally.  Guess what?  Socialism is NOT working in Mexico either!!  And it is not going to work!

Most of the Mexican people are hard-working.  Most Mexican people have a work ethic.  That’s not the problem.  The problem is that there is no opportunity and no jobs in Mexico and that MUST change.  But there can be no jobs and no improvement in the standard of living in Mexico as long as foreign investment and private ownership is not allowed.  Companies simply are NOT going to invest in government-owned industries period.  Instead of continuing down that road to disaster we call socialism, Mexico needs to move closer to the free market system.  Domestic and foreign companies need to be allowed to invest and own.  Corruption in government must be weeded out, exposed, punished, and ended.  People must realize that SOME of their fear of being exploited is valid but that MOST is NOT.  Most is not because that is one primary ways the socialists and corrupt in Mexico have used to keep the masses of the Mexican people in check and under control.  Fear is an amazing weapon of control and it has worked perfectly and for far too long inside Mexico.  FACT is that the Mexican people DESERVE BETTER!  FACT is that the Mexican people deserve to be truly free and they deserve to have a better standard of living!  No one should have to live in the squalor and poverty that is seen in Mexico in this 21st century.  No one!

Mexico recently elected a new president who is of the PRI party.  President Cardenas was a member of that same party.  He nationalized the oil industry in Mexico and in so doing only added more despair to the impoverished people!  Nothing is going to change when the new president takes over.  Poverty in Mexico is only going to continue to get worse and ultimately it is the Mexican people who will suffer, not government.  That is beyond unjust!  That is beyond inhumane!  Every government on the planet has an obligation to improve the welfare of their people and to allow for certain God-given rights.  Any government that has the means and opportunity to raise the standard of their people but does not do so is a corrupt and outright EVIL government IMO.  Such a government is one based on tyranny and injustice.  And such a government does NOT care about its own people at all.

For the most part MOST Mexican people are conservatives and moderates.  Very few actually lean towards liberalism and socialism.  But it is ironic that since 1867 the majority of presidents of Mexico have been liberals or liberal leaning.  What happened in 1867?  On May 15, 1867 Mexico’s one and only emperor was deposed and he was a Hapsburg emperor and not even Mexican at all.  He was replaced on that same day by President Benito Juarez, a liberal, and since that time liberals have held the presidency for the most part.  So I must ask.  Is Mexico still suffering from that demise of the Hapsburg emperor?  Is Mexico still reacting to something that happened in the late 1800s?  Isn’t it time to get over it and MOVE ON?

For Mexico to have major oil fields and for government not to share the wealth with the people is beyond anything unjust.  It is in fact CRUEL AND OUTRIGHT EVIL to leave the masses in poverty, ignorance, and with NO HOPE!  Mexico is a very divided country and that is another typical ploy socialists use to stay in power.  What socialist and communists fear most is UNITY of the people!  Maybe it’s time Mexico find a new PANCHO VILLA!

Pancho Villa is a Mexican national hero today but he was not always so.  In fact his memory could not be honored until 20 years after he died.  His real name was Jose Doroteo Arango Arambula.  The names of Francisco Villa and Pancho Villa were nicknames accorded to him.  He lived between 1878 and 1923.  He was one of the most prominent Mexican revolutionary generals.  He was the commander of the north and was the Caudillo (warlord, political military leader) of the Mexican state of Chihuahua.  That state had massive minerals and wealth at one time and so Pancho Villa had plenty of resources at his disposal.  He was also the provisional governor of the state from 1913-14.  Today his memory is honored by the Mexican people.

Pancho Villa seized Hacienda lands and distributed them to soldiers and peasants.  He robbed and commandeered trains and printed his own fiat money to pay the bills.  His men and supporters became known as the “Villistas” during the Mexican revolution of 1910-1920.  You could say he was the Mexican Robin Hood!  Villa was never caught by Mexican or US authorities.  He was defeated in several battles on both sides of the border.  In 1920 he retired and was given a lard Hacienda which he turned into a military colony for his faithful soldiers.  After only 3 years in retirement he decided to reenter politics and he was soon murdered most likely on the orders of Alvaro Obregon who was a Mexican general and president.

Pancho Villa cared about his people and he sought to improve their standard of living by taking Hacienda land and handing it over to them to do with whatever the wished.  He did not want the Mexican people living in ignorance or poverty.  He knew the road Mexico was on led to disaster.  What would he say or think if he saw Mexico today?  I think he would NOT be happy at all.