THE SERF’S REVOLT!!! Global REVOLT against the New World Order!

The first rumblings of the working class being fed up with the New World Order as set forth and promised by POTUS Bush, Sr. began to arise in the Middle East during the so called “Arab Spring.” That was Part 1 and now Part 2 has begun with the British vote to leave the European Union effective ASAP. Part of this Part 2 also is the rise of GOP presidential candidate Donald Trump whose rapid rise up the American political ladder no one predicted. Surely, we thought, Trump would never come anywhere close to gaining a real chance for the GOP nomination BUT we were WRONG! And what is the meaning of all this? It is simply that the working poor on the planet are SICK AND TIRED of the global elites and their globalization! The common man and woman are REJECTING the elitist Corporatist plan!! Well…..IT’S ABOUT TIME! 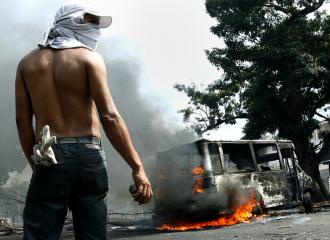 Workers have come to feel left out in the cold as they’ve watched their jobs go overseas, their income decline, prices rise, and a forced global “diversity” in which we are supposed to be accepting of anybody and everybody no matter what. Workers have grown increasingly anxious over forced rapid integration of foreign products and people into their lives. They’ve grown not only anxious but outright ANGRY over the loss of national borders, language, and culture. The elites might view themselves as “global citizens” but the common working man and woman in the West DOES NOT!

A growing sense of political helplessness among the common folk has contributed strongly to these feelings of resentment towards the global elites. Increasingly workers have come to KNOW that their leaders no longer respond to concerns of the common people and this realization has only served to anger the common masses even MORE!

Populist Uprisings are now the call of the day as Brexit (Britain’s exist from the EU) just proved and as, most likely, the November 2016 POTUS election will also prove. The common working people are sick of the status quo in the West. They are tired of being treated as 2nd class citizens! They want their country BACK wherever they live and out of the hands of the globalists!

The FACT is the globalist CANNOT deliver an acceptable outcome to the West’s working poor because we are the very people these NAZI’S PREY UPON! When you are being preyed upon by another there is NO acceptable plan period!

What we see is the beginning of the SERF’S REVOLT in the West as people grow sick of the globalist plan! People want to be FREE not enslaved! People want to earn their way FAIRLY and not be ripped off along the way by some self-serving egocentric THIEF dressed up in a business suit! People want leaders and common folk alike who break laws to be brought to JUSTICE as we do NOT want one justice system for the common folk and another for the elites!

PEOPLE WANT TO BE FREE!

PEOPLE WANT THEIR LEADERS TO BE ANSWERABLE TO THEM!

These things ARE HUMAN NATURE shared by people not only in the West but all over the world! The globalists have made a fatal mistake thinking they can enslave the human masses into SERFDOM!

More than anything we are tired of being LIED to by our leaders, ripped off by the greedy Corporatist, and played like FOOLS! We the People of the World are NOT as stupid as the globalist think!

I for one in glad to see this SERF REVOLT because it is the ONLY thing that is going to save the human masses! It is a relief of fresh air to see the masses stand up against the Corporatist and FIGHT BACK! Brexit was just the start. Come November I think the US is in for a BIG surprise as I think DONALD TRUMP will be the next POTUS! Hillary is a LOSER and everyone knows it. She does not appeal to the masses and she has a REAL likability problem. Perhaps now is the time for the globalist to pack their bags and hop that flight to that colony on Mars they’ve been building for themselves as I smell the air of GLOBAL REVOLT in the air stronger and stronger each day. The globalist status quo will NOT survive!