Puerto Rico (“Rich Port” in Spanish) is not a US state but it is a US territory and the people there are US citizens.  It has a population of about 3.4 million people.  The US invaded the island during the Spanish-American War in 1898 and as an outcome of that war Spain ceded Puerto Rico to the USA along with the Philippines and the island of Guam.  This was part of the Treaty of Paris and a part of that treaty also forced Spain to give up Cuba but it didn’t give Cuba to the US.  The island was originally inhabited by the Taino people who are an indigenous people of the Caribbean.  When the island was claimed for the Kingdom of Castile (Spain) in 1493 by Christopher Columbus the Spanish colonial government began to transform the island population and culture.  Waves of African slaves were brought onto the island along with Canarians (people from the Canary Islands) and Spanish settlers.  What the eventual result was, was the development of a distinctive Creole Hispanic culture and language that combined elements of Native American, African, and Spanish (Iberian) culture and language.

Recently, the US territory of Puerto Rico was devastated by a hurricane and this has only added to the ongoing problems the island has been facing.  Prior to the destruction by the hurricane Puerto Rico was bankrupt and many people on the island were living in poverty.  The US territory has ZERO electoral votes and in order for a Puerto Rican to vote in a US presidential election primaries they must have a residence on the US mainland.  This despite the fact that Puerto Ricans are considered “natural born US citizens.” END_OF_DOCUMENT_TOKEN_TO_BE_REPLACED 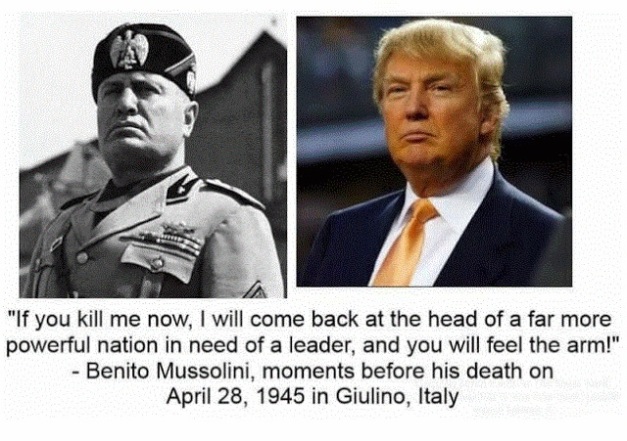 I want to address two things in this post. First is Puerto Rico and second is the Affordable Health Care Act (aka: Obamacare). Let me begin with Puerto Rico. Yesterday the mayor of San Juan, Puerto Rico Carmen Yulin Cruz accused Trump of “genocide” in relation to the recovery effort in Puerto Rico following a massive hurricane that devastated the US territory a few weeks ago. Notice Puerto Rico is a US TERRITORY and NOT some foreign country? Puerto Rico was bankrupt before the hurricane hit and now the infrastructure is completely devastated making life almost impossible on the island. Trumps response has left a lot to be desired and yesterday after Congress (yes they actually did something) passed a bill granting more funding for disaster relief his response was tweeting that “we can’t stay in Puerto Rico forever.” WTF? What in the hell was that tweet all about? No one expects FEMA to stay in Puerto Rico forever and, frankly, his statement (yes he has said all of his tweets are OFFICIAL presidential statements) was inappropriate. So what does Trump plan to do? Leave the people of Puerto Rico to fend for themselves and be content with the US territory sinking into a Third World State? 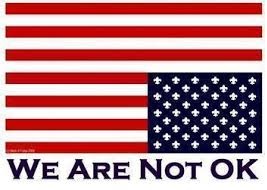 I like what US Representative Luis V. Gutierrez D-Ill said yesterday. He said,, “I ask every American that has love, and not hate in their hearts, to stand with Puerto Rico and let this President know we WILL NOT BE LEFT TO DIE!”. I think Gutierrez hit the nail on the head because HATE is the problem here with Trump! I knew during his presidential campaign 2016 when the KKK and Neo-Nazis came out quickly supporting Trump that something was amiss and his slow response to condemn the riots in Charlottesville involving Neo-Nazis demonstrating there only added more proof that Trump IS A RACIST! This plus all of his rhetoric about Mexico and his beloved Berlin-style SOVIET wall he wants to build is all proof that this president does NOT see himself as President of all Americans especially Hispanic and Minority Americans! How much more proof do we need that Trump is a hardcore RACIST? Add atop all of this his recent move to suspend DACA which threatens to deport Hispanic youth that were brought to America illegally by their parents crossing our border illegally and you’ve got plenty of evidence that Trump is a RACIST.